The Theory of Plate Tectonics or Continental Drift was not accepted for many years largely due to there not being any credible explanation available of a driving force that would be necessary for powering the movement of land masses that were Continental in scale and which could only be thought of as being of truly immense weight.

The well-known TV presenter of Natural History shows, David Attenborough, who attended Cambridge University in the second half of the 1940s, recounted an incident illustrating its lack of acceptance then:
"I once asked one of my lecturers why he was not talking to us about continental drift and I was told, sneeringly, that if I could prove there was a force that could move continents, then he might think about it. The idea was moonshine, I was informed."
McKie, Robin (28 October 2012). "David Attenborough: force of nature". The Observer (London).

By the 1960s science had become generally accepting of a theory of Plate Tectonics where the "solid plates" of a so-called Lithosphere - be they continents or ocean floor - effectively "floated" on a so-called Asthenosphere, of underlying rock that is under such high pressure and temperature conditions as to permit slight flows of movement that over geological timescales have had a cumulative effect that has distinctly shaped our planet.


Structure of the Earth

The structure of the Earth is summarized in this diagram.
Please note, however, that the thickness of the layers is not to scale. For example, the crust is much thinner than shown in this diagram! Also remember that the lithosphere-asthenosphere boundary is really a gradual transition, not a sharp break in material behavior.


Oceanic spreading due to currents in the Earth's Mantle and Asthenosphere.

It is accepted that the Earth's crust is comprise of 'plates' which move, and as a result can drift away from, collide with, or shift laterally 'sliding against', other plates.

The above image shows fifteen of the main tectonic plates and their boundaries.
The red arrows show the direction of drift at the plate boundaries.
(N.B. Some sources continue to show the Indian and Australian plates featured here as a single Indo-Australian plate.)


The fact that large portions of the ocean floor, as well as continental expanses, seem to be "solid plates" has tended to discredit the term - continental drift - and to establish the alternative term - plate tectonics.

The tendency for volcanoes to erupt and for earthquakes to impact in various parts of the world seems to relate directly to the existence of underlying tectonic plates and the type of plate movements:-

Generally speaking Divergent / Spreading plate boundaries do not seem to dramatically feature earthquakes but there is continuous volcanic activity along a ridge marking the - constructive - divergence of the plates.
Such divergences take places at various long ridges on the Earth's crust where there is an upswelling of materials from deep in the Earth. This upwelling represents the engine behind tectonic plate movements as newly-forming crust displaces pre-existing crust such that existing plates - despite their unimaginable weight are 'pushed' away from the upswelling ridge.
This gigantic push effect results in movements of entire plates of the earth's crust towards other plates where there are meetings - at prodigious pressures - with adjacent plates giving rise to the other main tectonic plates boundary types - convergent and transform.

At Convergent tectonic plate boundaries there are deep-seated earthquakes as one plate - typically composed of 'lighter' oceanic lithosphere - undergoes occasional, violent and destructive subduction under another - typically continental - plate. There are volcanoes evident as the planet digests the Earth's former crust that has undergone such subduction.

At Transform tectonic plate boundaries there are occasional violent and shallow-seated volcanoes as plates abruptly slide against each other.


Some milestones towards the acceptance of
the Theory of Continental Drift


Benjamin Franklin and Ralph Waldo Emerson were amongst the earliest pre-supposers of what we now accept as Continental Drift or Tectonic Plates theorising.

Benjamin Franklin spent some years as an american diplomatic representative in Paris.
In 1782 Franklin sent some explanatory comments, to an Abbé Jean-Louis Giraud Soulavie, about some observations he had mentioned in conversation of seeing oyster-shells embedded in rock that were being exposed during mining activity in Derbyshire, England.
Such mining operations being undertaken in upland country and were above sea-level:-
... it seemed a proof, that there had been a great upheaval in the surface of that island, some part of it having been depressed under the sea, and other parts, which had been under it, being raised above it. Such changes in the superficial parts of the globe seemed to me unlikely to happen if the earth were solid to the centre. I therefore imagined, that the internal parts might be a fluid more dense, and of greater specific gravity than any of the solids we are acquainted with, which, therefore, might swim in or upon that fluid. Thus the surface of the globe would be a shell capable of being broken and disordered by the violent movements of the fluid on which it rested.

Ralph Waldo Emerson gave some consideration to a possibility of "Continental Shifting" in his lecture "On the Relation of Man to the Globe" delivered in 1834:-

... Then there is the curious fact noticed by Lord Bacon, and though the inference might seem too daring, it is yet repeated by modern geologists, that the shape of the corresponding coasts of Africa and America would induce us to infer that the two continents of Africa and America were once united ...
In fine, the conclusion at which in general geologists have arrived, is, that there had been repeated great convulsions of nature previous to the present order of things ...

Antonio Snider-Pellegrini's Illustration of the closed and opened Atlantic Ocean, (the first known such illustration), from his work 'Creation and its mysteries revealed,'
(La Création et ses mystères dévoilés, published in Paris in 1858).

Whilst several notable observers had previously suggested that the continents on opposite sides of the Atlantic Ocean, (most notably, Africa and South America), seemed to be capable of fitting together, the hypothesis that the continents had once formed a single landmass, called Pangaea, before breaking apart and drifting to their present locations was first presented by Alfred Wegener to the German Geological Society on 6 January 1912.
Although Wegener's theory was formed independently and was more complete than those of his predecessors, Wegener later credited a number of past authors with similar ideas.

It seems possible that such Human-innate
"bundles of relations and knots of roots"
tend to give rise to the "World" of Human Societies!!! 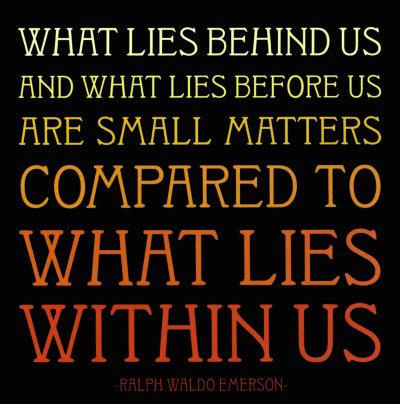