On Thursday, April 26, 2007 Stephen Hawking, the 65-year-old Lucasian Professor of Mathematics at Cambridge University who has done ground-breaking work on cosmic black holes and the origins of the universe, became the first person with a disability to experience weightlessness in a zero gravity inducing flight.

He experienced microgravity weightlessness on one of the jet flights, such as are regularly laid on, as a commercial enterprise, by the Florida based Zero Gravity Corp. These flights deliberately feature the execution of parabolic plunges that allow passengers to experience weightlessness for bursts of 25 seconds. Each "parabolic" manoeuvre typically begins with a sharp climb to around 32,000 feet, followed by a rapid 8,000-foot descent.

G-FORCE One, the modified Boeing 727 in service with Zero Gravity Corp., before starting a parabola, flies level to the horizon at an altitude of 24,000 feet. The pilot then begins to pull up, gradually increasing the angle of the aircraft to about 45 degrees to the horizon reaching an altitude of 34,000 feet. During this pull-up, passengers will feel the pull of 1.8 Gs. Next the plane is "pushed over" to create the zero gravity segment of the parabola. For the next 20-30 seconds everything in the plane is weightless.
A similar plane to G-Force One is used by the American space agency Nasa to train astronauts. The usually young and physically fit Nasa astronauts involved often refer to their own zero gravity aircraft as the Vomit Comet, because of the regularity with which they lose their lunch to its stomach-churning manoeuvres.

Stephen Hawking is world famous not only for his achievements in Theoretical Physics, including the authorship of his acclaimed A Brief History of Time which attempts to make such theory accessible to the wider public, but also for being such a high achiever despite suffering severe physical disability that has confined him to a wheelchair for many years.

Due to the paralyzing disease ALS (amyotrophic lateral sclerosis), a variant of Motor Neurone Disease also known as Lou Gehrig's disease, Hawking is unable to move most of his body, he has also lost his ability for natural speech after a tracheotomy that followed a related bout of pneumonia in 1985. He can only make tiny facial expressions using the muscles around his eyes, eyebrows, cheek and mouth to communicate. Otherwise, he relies on a computer, attached to his wheelchair, to talk for him in a synthesised voice.

Just before Stephen Hawkings Zero gravity flight an interview was conducted during which he said:-
"Many people have asked me why I am taking this flight. I am doing it for many reasons. First of all, I believe that life on Earth is at an ever increasing risk of being wiped out by a disaster such as sudden global warming, nuclear war, a genetically engineered virus, or other dangers. I think the human race has no future if it doesn't go into space. I therefore want to encourage public interest in space."


On the flight, which took off and landed from the space shuttle runway at the Kennedy Space Center at Cape Canaveral, Stephen Hawking was accompanied by two doctors, and three nurses, (also heart rate, blood pressure, oxygen and carbon dioxide measuring monitors!), to make sure he was physically safe and comfortable during the experience.
His assistant brought a card with the letters of the alphabet in case he wanted to communicate beyond facial expressions.

In the event Stephen Hawking, who had taken a pre-flight motion sickness pill as a precaution, lapped the experience up. What could have been a single parabolic dive was extended, at his own insistence, to a total of eight dives.
After the first zero gravity plunge Stephen Hawking indicated to his carers that he would like to perform a 180-degree "flip" with his body.

While Professor Hawking was enjoying zero gravity, aides also allowed an apple to float free in the aircraft as a tribute to Sir Isaac Newton, the British physicist who discovered the laws of gravity. He had been inspired to work out his Universal Law of Gravitation after watching an apple fall from a tree.

"He was doing gold-medal gymnastics in zero-g. It was incredible," said Peter Diamandis, chairman of Zero Gravity Corp. When asked if he was enjoying himself "his eyebrows went up and there was a big grin, meaning 'yes'...he was grinning the entire time".

Prior to the flight Hawking had told journalists that "I have wanted to fly in space all of my life," and that "for someone like me whose muscles don't work very well, it will be bliss to be weightless."
Hawking told a pre-flight news conference.
"I have been wheelchair-bound for almost four decades and the chance to float free in zero-g will be wonderful."

After the flight Hawking enthused:- "It was amazing. The zero-g bit was wonderful...I could have gone on and on. Space, here I come."

On September 10, 2010, CNN aired an episode of (the US primetime show) Larry King Live in the wake of the publication of Stephen Hawkings newly published book The Grand Design during which the following question was posed and answered:-
KING: You have said that experiencing zero gravity is one of the most meaningful experiences you've ever had. Why?

HAWKING: Zero gravity was amazing. I could have gone on and on. Being confined to a wheelchair doesn't bother me as my mind is free to roam the universe, but it felt wonderful to be weightless.
Hawking hopes the zero gravity flight is a step toward going on a suborbital flight, which may be offered by private space companies by the end of the decade.

Sir Richard Branson boss of Virgin Galactic, a company that has advanced plans to provide sub-orbital rides to paying passengers as early as 2009, has agreed to "fix it" for the professor and has arranged a flight for him that should involve a specialised craft being launched from a host "mother ship" at 50,000 feet, then soaring to a sub-orbital height of 360,000 feet above the earth.

Hawking said he had an ulterior motive for going on the flight besides raising money, (more than $144,000!), for charities and the thrill of weightlessness. He said he wants to increase public interest in space, since he believes humans' survival depends on going into space.

Hawking expressed hopes that the cost of space flight will drop and that humanity will be able to gain access to the resources of space. He suggested that a spread of humanity beyond the Earth was desireable and necessary!

"I think life on Earth is at an increased risk of being wiped out by disaster, such as sudden global warming, nuclear war or a genetically engineered virus or other dangers...
...I think the human race has no future if it doesn't go into space." 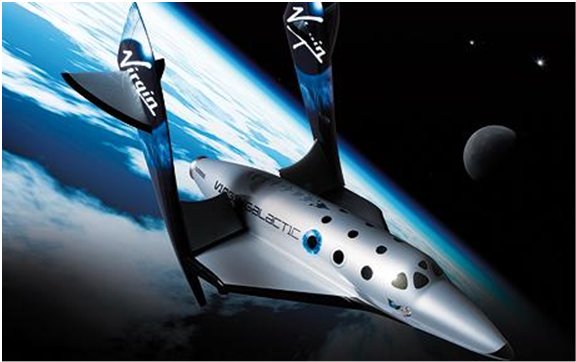 This event may not be the last time that Stephen Hawking experiences zero gravity as he signed up, as early as 2006, for a sub-orbital flight on Sir Richard Branson's projected Virgin Galactic service which was then posted as being on track for launchings in 2012.

Human Be-ing seems
to be rather "Tripartite"

"...man is a bundle of relations, a knot of roots, whose
flower and fruitage is the world..."

It is widely known that Plato, pupil of and close friend to Socrates, accepted that Human Beings have a " Tripartite Soul " where individual Human Psychology is composed of three aspects - Wisdom-Rationality, Spirited-Will and Appetite-Desire.